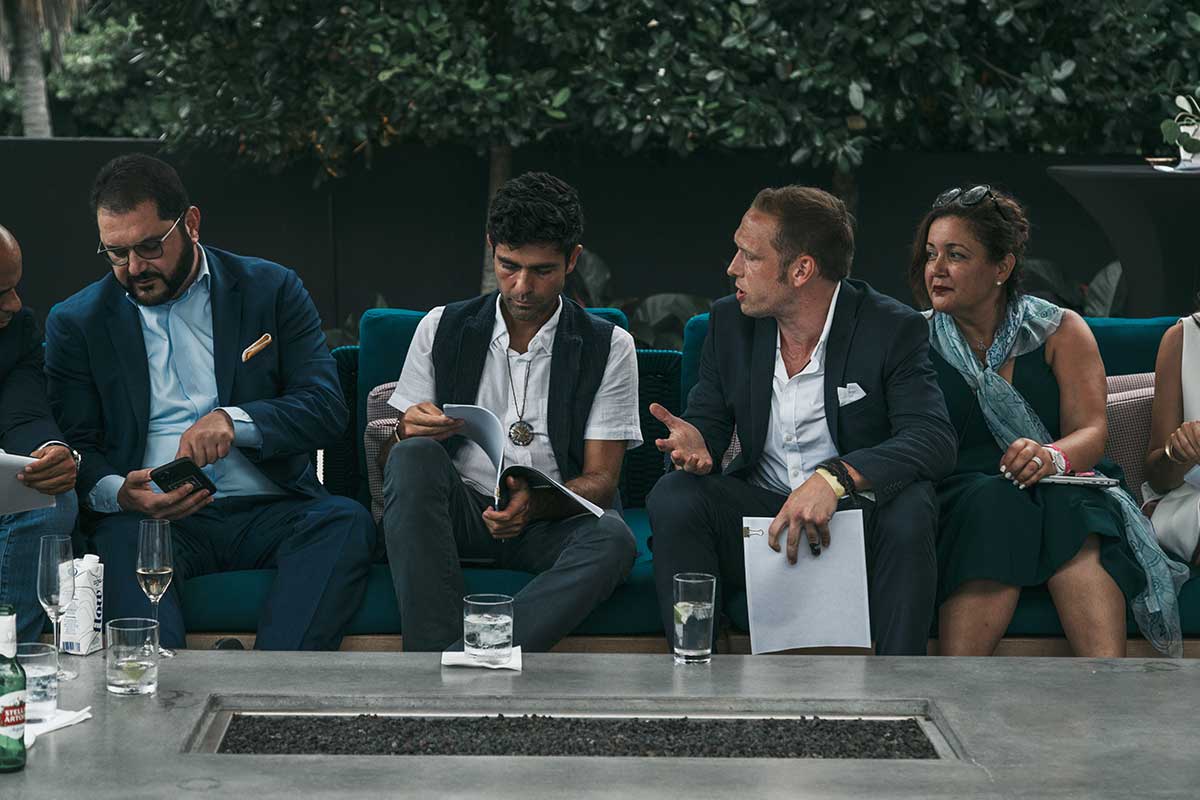 The event was co-hosted by Pronomos LP Shervin Pishevar, who graciously let us use his house. Shervin Pishevar is the co-founder and former executive chairman of Hyperloop One, managing director of Sherpa Capital, and a prominent angel investor. He has invested in companies such as Airbnb, Uber, Robinhood, Slack, and Postmates. During the toast, Pishevar talked about his vision of the past and future of charter cities.

The toast was accompanied by classical guitarist Carlos Abanto and cigar rollers from Cigar Boutique. A big thank you goes out to both of these Miami local businesses for setting the vibe for this inspiring evening.

One June 6, a Brunch was hosted by Pronomos at Mila Miami Rooftop MediterrAsian Restaurant and Lounge. This event was open to all who wanted to participate, and 80 people attended the brunch.

The brunch featured many unique fusion Asian and Mediterranean dishes, and a scenic view of Miami. There, guests had the opportunity to follow up with the people they had met earlier that week.

As brunch came to an end, so did the atmosphere of open discussion and conviviality. Guests gave many heartfelt “goodbyes” as they parted ways.